I finally got the chance to visit St. Thomas…this has been on my bucket list for some time.

Be sure to watch our video at the link below:

St. Thomas is the gateway isle of the U.S. Virgin Islands in the Caribbean and is known for beautiful beaches and snorkeling spots. Founded by the Danish in the 1600s, it is a busy cruise ship port. The British occupied the islands without a shot being fired. The British occupation lasted until April 1802 when the British returned the islands to Denmark-Norway.  In December 1807, a British fleet again captured St Thomas and held onto it until November 1815, when Britain returned the islands to Denmark. In 1916, Denmark sold St. Croix, St. Thomas, and St. John to the United States and the island’s inhabitants were granted United States citizenship in 1927.

We arrived on the Celebrity Equinox on March 27th in Charlotte Amalie.  There are two docks for cruise ships at this port….Little Krum Bay and West Indian Company dock.  We were at the one farthest from town…Little Krum Bay.  It was a warm, humid day, which is to be expected….it is the Caribbean after all! 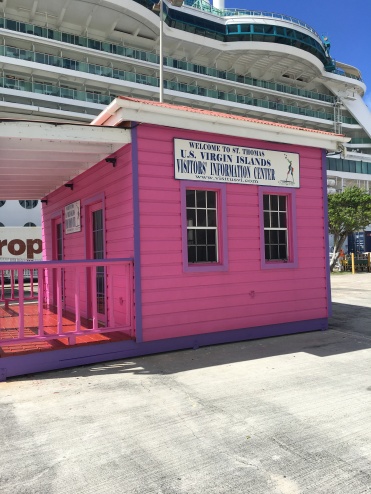 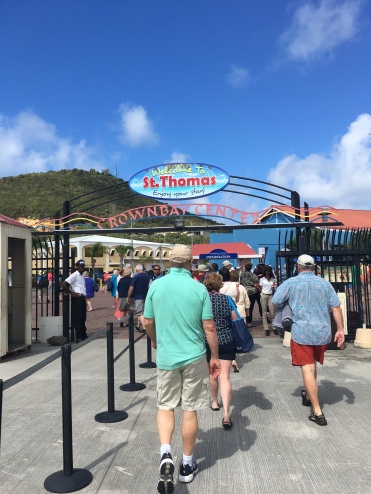 Just beyond security, there were shops setting up for the day….one was a popcorn stand.  These iguanas were making a beeline for them….guess they love popcorn too!  They also love the rocks near the water….be careful while walking though….they can really run! 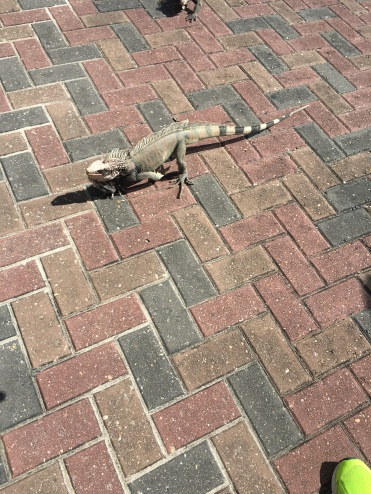 Since we had not been to this island before, we took the shuttle into town.  I think it was $3/person and they made us a deal, since we were a party of three. 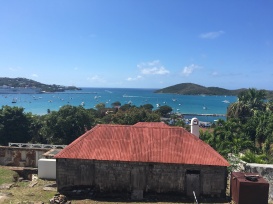 After climbing the 99 steps and visiting Blackbeard”s Castle, we happened upon Government House, a neoclassical, gracious three story white building with beautifully intricate ironwork along the balconies. Built between 1865 and 1867, it is a perfect example of the grandeur of official buildings during Danish colonial time. The guards allowed us access to the main lobby, which has display boards of the islands’ governors including Danish, Naval and Civilian; two small paintings by renowned Impressionist artist, Camille Pissarro; and three murals by Italian-American artist Peppino Margravite. 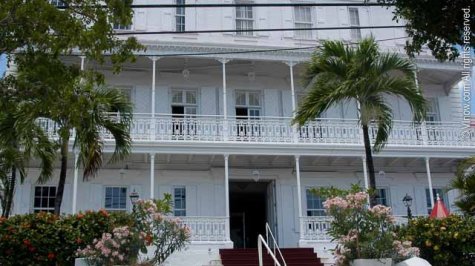 My husband was very excited to learn that Camille Pissarro was born in Charolette Amalie, so off we set to find his home.  It is now an art gallery, but worth a short visit.  This is the hallway leading to the stairs. 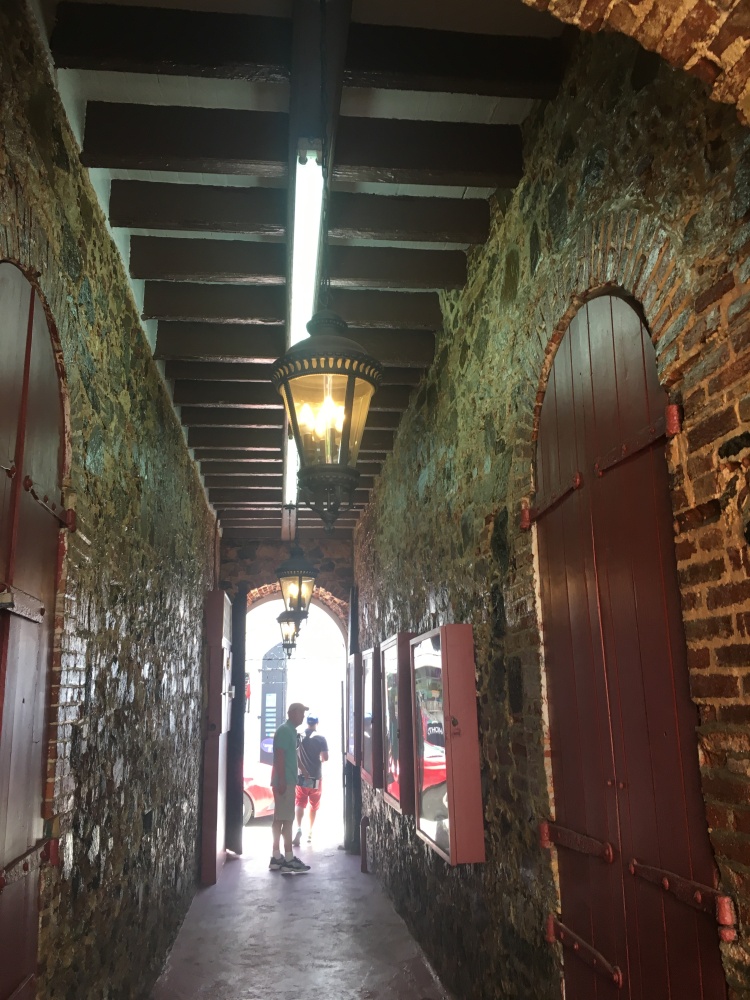 After our explorations, we were hot and tired, so headed back to the ship for a quick lunch, then off to the beach for some snorkeling.  We decided to stay close to the ship.  We grabbed a taxi for the short trip to Emerald Beach.  This beach is right by the airport and we were treated to lots of planes taking off.  The water was warm and wonderful.  Near the rocks, we found lots of fish.  We swam for about an hour or so, then went back to the ship to get ready for sail away.

We had a wonderful visit to St. Thomas!